Meaning:    “I bow,” or “I agree,” or “I accept”, in the primeval language. “Verily, this syllable is assent: for whenever a man assents to anything he says simply, ‘AUM’. This indeed is a realization; that is, assent is.” (Chandogya Upanishad)

Definition:    This mantra is also called “that which leads to the other shore.” (tara or tarini) It is considered the source of all mantras. “A, U, M, are the three letters, and these letters are the three tendencies, the revolving, the cohesive, and the disintegrating. Next comes the half letter ( Ã ), representing the Unqualified, which is perceived only by the yogi.” (Dattatreya Tantra Samhita).

“A represents Brahma, the revolving-tendency (rajas), the red colour, the form of the universe (the Destructible Person, ksara purusha) or Cosmic Body (the Glorious, virat), the state of wakefulness, power of action.

“U represents Vishnu, the tendency towards concentration (sattva), the white colour, the Law of the universe (the Indestructible Person, aksara purusha), (the Cosmic Intellect ( the Embryo of Splendor, Hiranyagarbha), the state of dream, the power of thought, the unmanifest world.

“A and U together mean ‘truth’, ‘immortality’.

“M represents Shiva, the tendency towards disintegration, the black colour, the casual substratum (the Changeless Person, avyaya purusa), the Cosmic Concciousness, the All-knowing (sarva-jna), the state of deep sleep, the power of conciousness.

“This half letter (M) is the basis of all things, but this basis is not-straight (kutastha), that is, is not within the reach of mind and words.”

AUM is said to represent also the One Being pervading space, time and forms.

Number of Repetitions: Either 300,000 or thrice ten times a day by householders, and on all occasions by ascetics.

Purpose: Leads to realization, to liberation from bondage, to the attainment of supreme reality.

Ritual Use: At the beginning of all rituals and mantras.

The Divine Mother Kali is established in Toronto in Her Vaishnavi (Swattic) manifestation with Lord Shiva as Pataleswar Ananthanath. She is the Adya Shakti – the Primordial Energy of Creation, Sustenance and Destruction- dwelling beyond Space and Time. She is seen here as:

We pray to the Lotus Feet of the Divine Mother:

Your pleasure  removes many difficulties from us whereas Your displeasure destroys all that we wish for.

Those  protected  by You have  no  fear and Those  under Your protection  are  also worthy to be  protected.

We invite you to join the celebrations and make it successful with your active participation and generous contribution!

We would like to make a sincere appeal to you for your kind and thoughtful consideration to provide liberal donations to our beloved Kalibari Temple. Donate now, by Clicking the button below 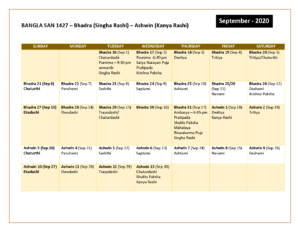 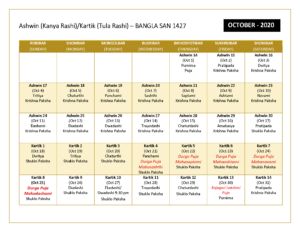 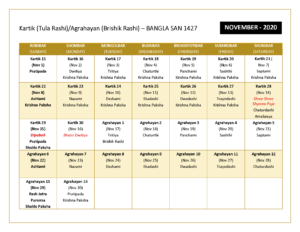