In 1984, it was felt by a few members of our Community that we should do something to perpetuate Hindu social, moral and religious values through the future generations. Consequently Prayer Meetings were started in private houses in October 1984. Initially, meetings were held once a month in members recreation rooms for prayer and discourse. Soon the gathering became larger and public places were needed to accommodate the congregation. By March 1985, some 50 to 60 people were coming to these monthly meetings.

A charitable organization, “TORONTO KALIBARI”, was registered in Ottawa on June 19, 1985 and was granted charitable status by Revenue Canada in December 1985.

Toronto Kalibari now began to search for a place of their own and purchased a 10 acre property with a three bedroom house  in June 1986 for $205,000.00. This was located at 11762 McVean Drive, Brampton. With some modification and renovation this building was used as a Mandir housing an Oil Painting of the Divine Mother Kali. Puja and Prayers were held regularly on Sundays, Full Moon and New Moon evenings.

The support for Kalibari from the Community was so overwhelming that in four years time, by October 1990, the outstanding loan  on mortgage was totally paid up and the property became debt free. Later it was found that rezoning the property for constructing a temple would be next to impossible and search began for a new site. Moreover, there was no public transport to this place; hence it was very inconvenient for the general public.

In August 1995 a 2.5 acre plot of serviced vacant land, located at 6815 Professional Court, in the City of Mississauga was purchased  to construct a new temple. The site was consecrated in September 1995 and regular prayers were held at this site. Construction of the Building was started in September 1997. Kalibari moved to the new location  from the Brampton house on June 30, 1998.

The Blue Granite and White Marble Murti of Maa Kali, was sculpted in India, and shipped to Toronto in 1993. It was consecrated on October 19, 1998 at the new Mandir on the Diwali Night. Since then Puja, Prayer and other activities are being conducted at the present location.

A Shiva Lingam and a marble statue of  Hara-Parvati was brougtht from India and consecrated on the night of Shivaratri in 1999 and named as follows:

The Divine Mother Kali is established in Toronto in Her Vaishnavi (Swattic) manifestation with Lord Shiva as Pataleswar Ananthanath. She is the Adya Shakti – the Primordial Energy of Creation, Sustenance and Destruction- dwelling beyond Space and Time. She is seen here as Dakshina Kali. 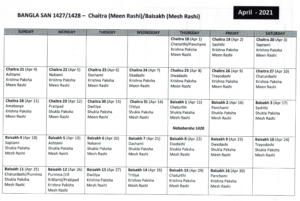